A Taste for the Unusual

A Boot for an Elephant 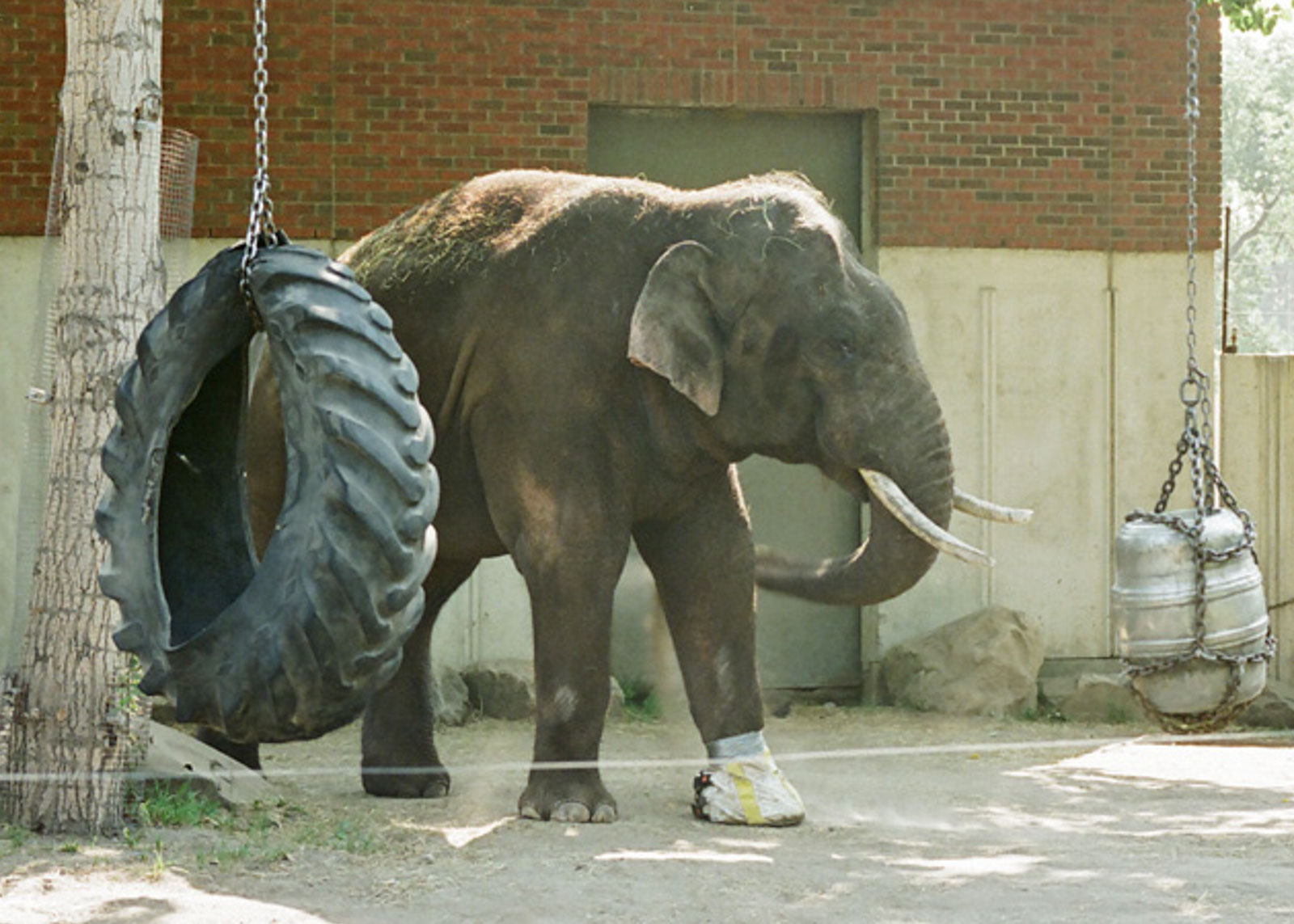 Where do you go to have a custom boot made for an elephant? And why does a pachyderm need to wear a boot in the first place? In 1996, representatives from the Calgary Zoo had an unusual problem and entrusted Calgary Tent & Awning to solve it. Ganesha, the zoo’s bull elephant, suffered an infection in one of his toe bones, which required surgery. After the procedure, the elephant needed to learn to wear a fitted boot, designed to protect the injured foot, during rehab. Four months before the scheduled surgery, Calgary Tent & Awning made prototype elephant-boots, which were promptly tested on Ganesha. He was perfectly willing to give immediate – yet ruthless – feedback! Multiple prototypes were tested, destroyed and discarded. Finally a model was developed that received a modicum of acceptance from Ganesha, and was sufficiently durable to withstand the daily rigours of a zoo elephant.

The surgery was successful – as was the elephant’s rehabilitation. 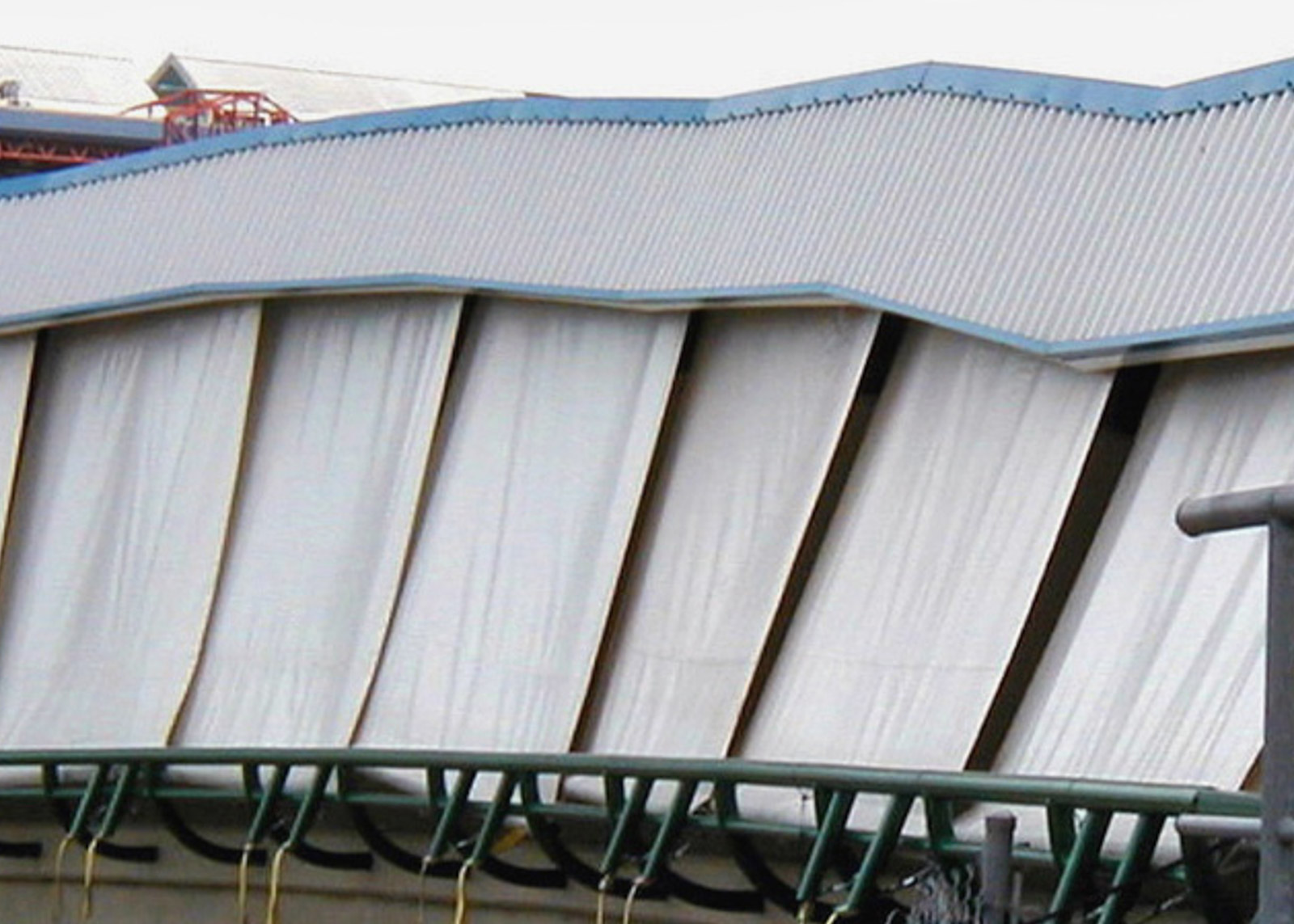 When you’re striving to shave hundredths of seconds off your sliding time down a bobsleigh track, you want the ice to be consistent from top to bottom. At the world’s top bobsleigh tracks, large fabric blinds enable ice-makers to shade the sun-exposed turns and protect the track from snowfall or rain. The result is consistent ice, more on-track training time and fairer results. Calgary Tent & Awning designed and manufactured retractable blinds for the bobsleigh-luge tracks at the Olympic Sliding Centre in Whistler, British Columbia and for Canada Olympic Park in Calgary, Alberta.

A Giant Christmas Bow for a Bakery 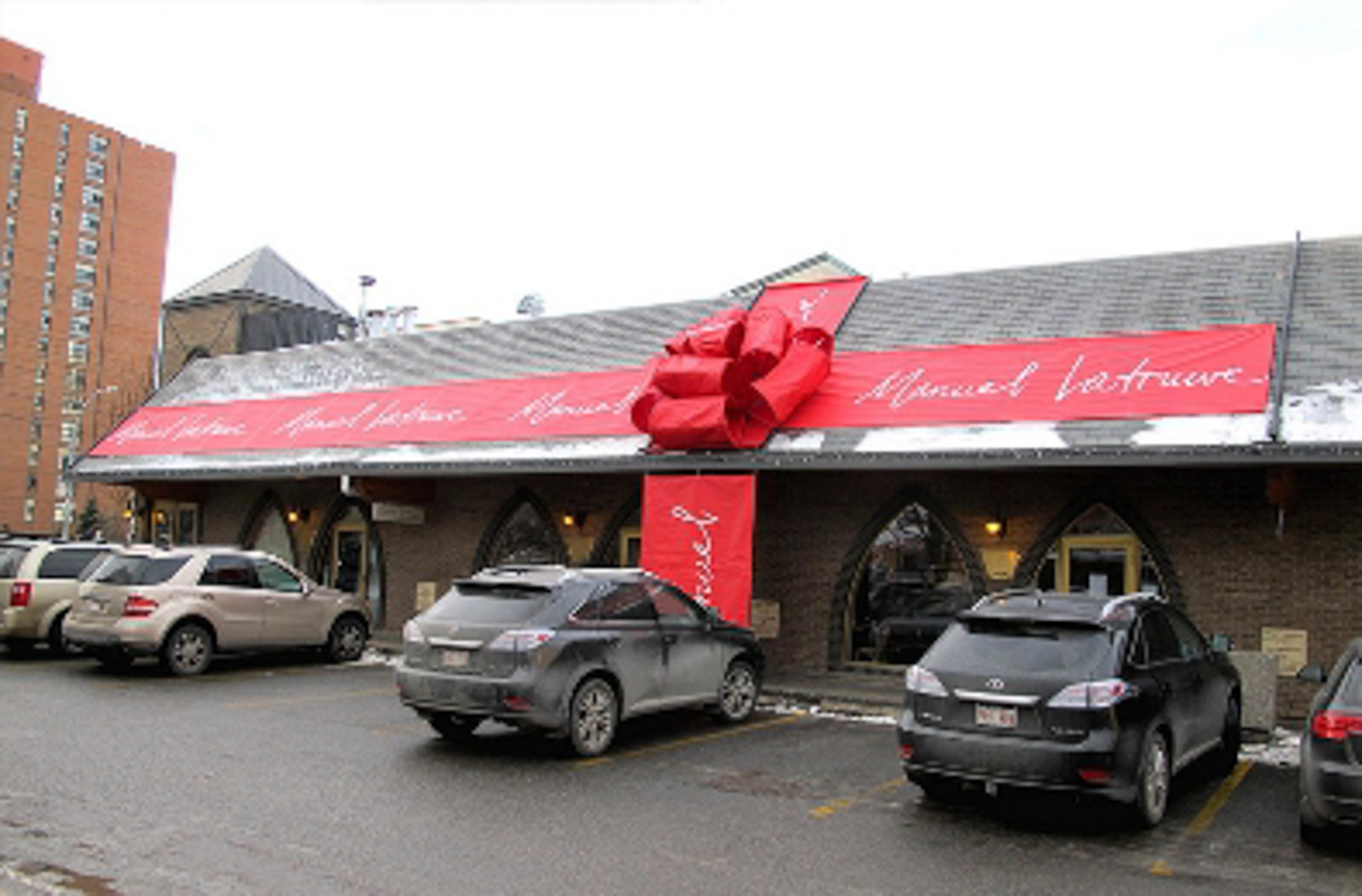 Ribbons and bows are a hallmark of the holiday season. But, how do you gift-wrap your building? The visual impact of large-scale ribbons and bows captured the spirit of the season and attracted customers to the Belgian Patisserie and Bakery in Calgary.

The year is 1905. The rain makes the wooden walkway slippery outside of your general store, so you hand-crank your store-front awning to roll it down. Folks stop to chat and to buy supplies, hardware, fabric, toys and dry goods. The early residents of the Calgary area rely on you to have all these things in store. People know and depend on each other, and most of them work as farmers. You live in the brand-new province of Alberta, with a population of roughly 100,000 people. Small towns are important centres of the local economy.

Fast-forward more than a century to the planning criteria for the new Heritage Block at Heritage Park. The storefront awnings for the retail stores have to appear and operate much like the one that merchant was cranking back in 1905. From its own archival documents, Calgary Tent & Awning recreated the Heritage Park awnings in ways that were consistent with the materials and mechanisms used at the turn of the 20th century.